The Hidden Cost of Multitasking [Infographic] 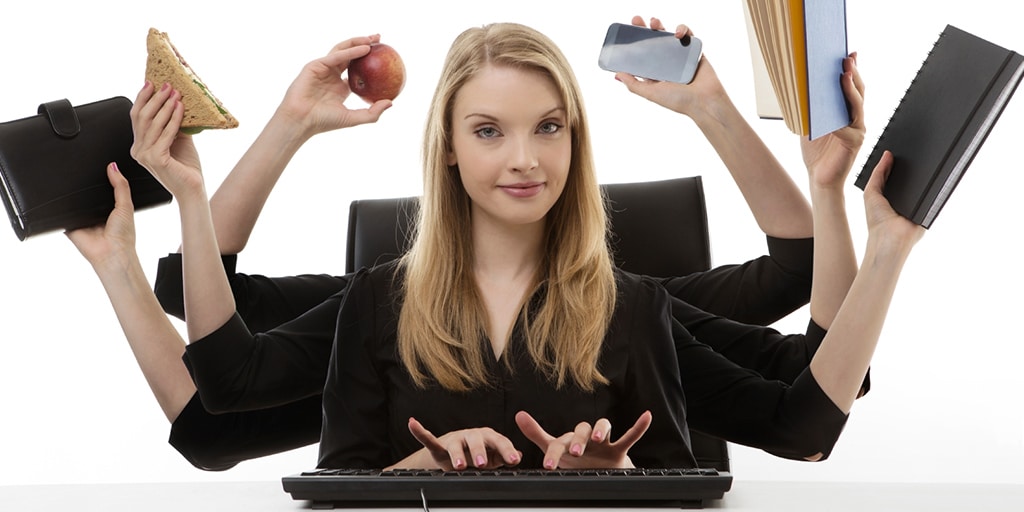 Words Per Min: 200 ?
The Hidden Cost of Multitasking [Infographic]

Monday morning. You sit down with a large cup of coffee, open your inbox, and start tackling the first email. You're almost ready to hit send when --

Your phone rings. Midway through the call --

Your boss comes over and asks you to take on a time-sensitive task. You get started on it and --

It's time for a meeting. Before you know it, the day is over. What just happened?

This is a familiar story for almost every professional, and every day can feel like a mad scramble. But pinballing from task to task without a plan has a cost. According to an infographic from Velocify, more than 31 workweeks are lost each year due to multitasking. That's more than half the year!

On the bright side, prioritization can drastically reduce the lost productivity costs associated with multitasking. For example, companies that use an automated prioritization solution increase salespeople's talk time by 88% and better their conversion rates by 97%.

Keep this in mind if you're tempted to boast about your or your team's ability to multitask as a badge of honor. The practice carries a heftier price tag than you might realize.

This article appeared on Hubspot on December 14 2014 and was written by Emma Snider, a staff writer for HubSpot's Sales blog. She loves sales, tech, sales tech, and cats. The infographic was produced by Velocify.

Get the latest articles straight to your inbox. Enter your email address below.

5 Do's and Don'ts for Building Your Professional Learning Network

A professional learning network involves making connections and building relationships with other..

How to Achieve Your Most Effective Professional Development Ever

At its core, a professional learning community for educators is more than just a teaching team, a..