50 Growth Mindset Quotes That Will Stoke Your Success 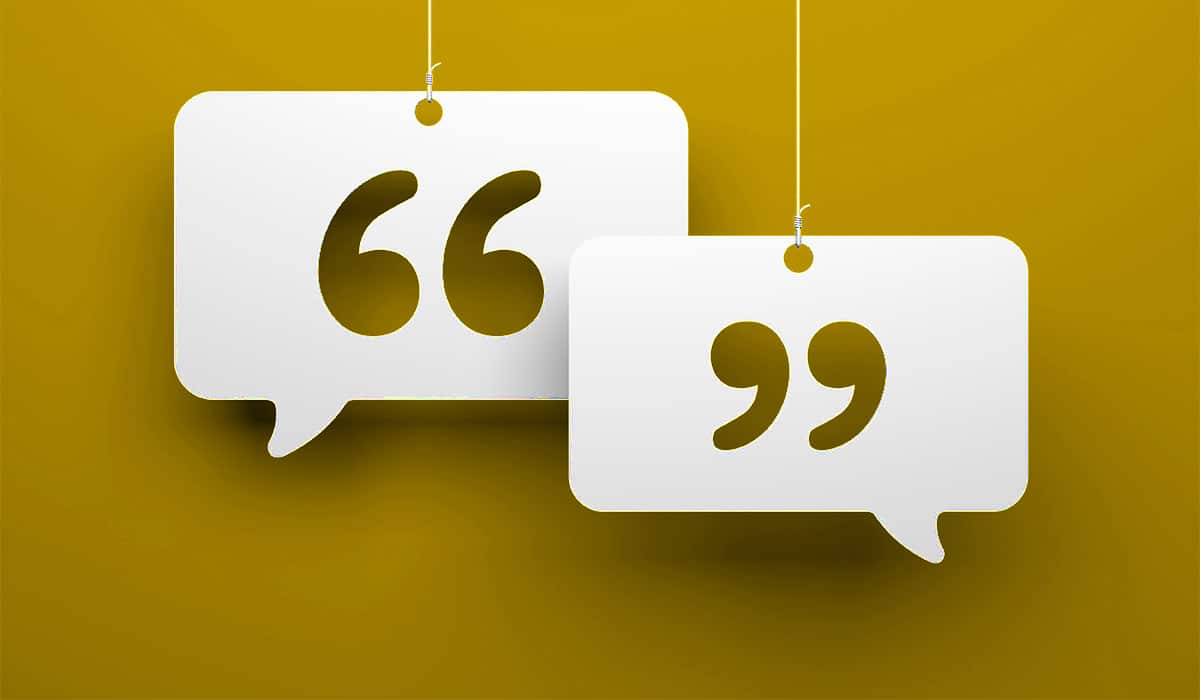 Words Per Min: 200 ?
50 Growth Mindset Quotes That Will Stoke Your Success

As much as we are experiencing a reawakening of awareness about the growth mindset, it’s not anything new. The philosophies of Growth Mindset have been a part of human history for many years, and we have seen them work wonders in the world. So it’s also not surprising that, if you look, you’ll find plenty of growth mindset quotes to accompany you on your own developmental journey.

That’ s what you’ll find in the categories below. Enjoy these 50 growth mindset quotes for stimulating real learning, fearless living, and unstoppable success.

"Life isn't about finding yourself. Life is about creating yourself."—George Bernard Shaw

“To hell with circumstances; I create opportunities.”—Bruce Lee 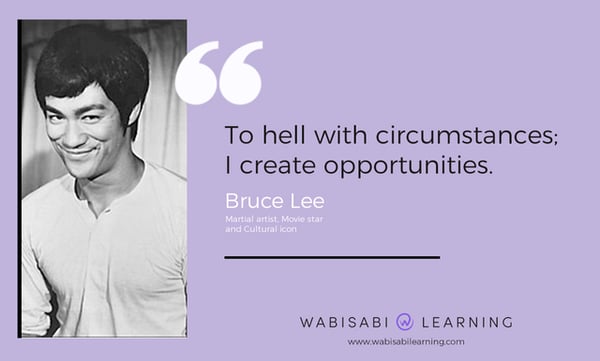 "The very best thing you can do for the whole world is to make the most of yourself."—Wallace Wattles

"Everything you can imagine is real."—Pablo Picasso

“It’s kind of fun to do the impossible.”—Walt Disney 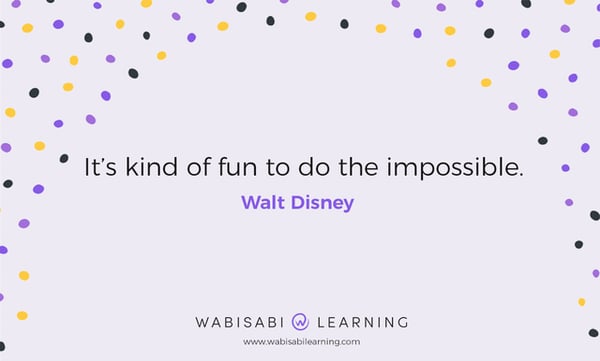 “Write it. Shoot it. Publish it. Crochet it, sauté it, whatever. MAKE.”—Joss Whedon

“Keep reminding yourself: I get what I think about, whether I want it or not.”—Wayne Dyer

"Life is the art of drawing without an eraser."—John Gardner

"There are always new things to find out if you go looking for them.”—David Attenborough

"When you know better you do better."—Maya Angelou

"Always walk through life as if you have something new to learn and you will."—Vernon Howard

"Learn as if you were to live forever."—Mahatma Gandhi

"It’s what you learn after you know it all that counts."—Harry S. Truman

"Never let formal education get in the way of your learning."—Mark Twain 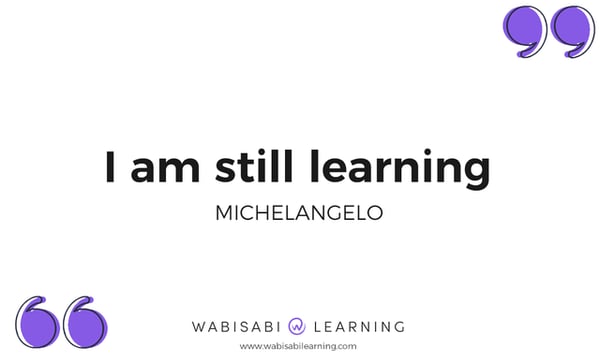 "Be curious, not judgemental."—Walt Whitman

"Great works are performed not by strength, but by perseverance."—Samuel Johnson 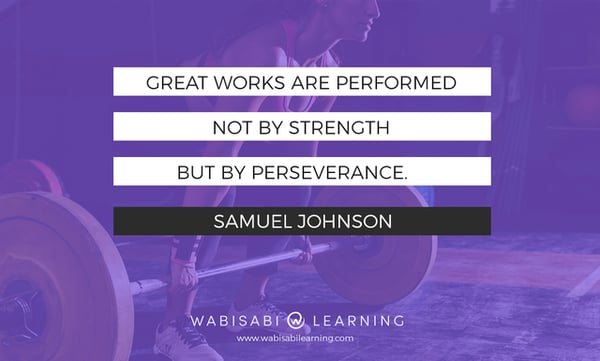 "Nothing will work unless you do."—Maya Angelou

"Challenges are what make life interesting. Overcoming them is what makes life meaningful."—Joshua Marine

"The only place where success comes before work is in the dictionary."—Vince Lombardi

"It’s not that I’m so smart, it’s just that I stay with problems longer."—Albert Einstein 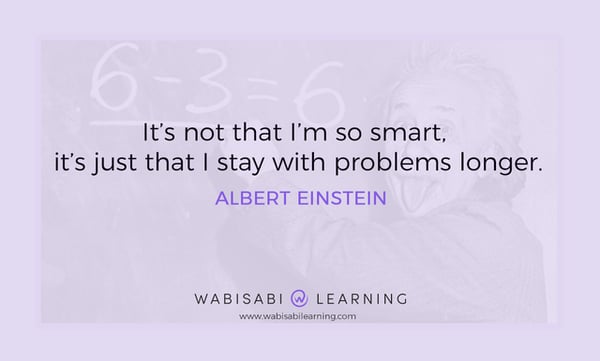 “How strong are you when you are at your weakest?”—Neeraj Pandey

"When it is dark enough, you can see the stars."—Charles A. Beard

"Patience and perseverance have a magical effect before which difficulties disappear and obstacles vanish.”—John Quincy Adams

On Belief and Courage

“Believe you can and you’re halfway there.”—Theodore Roosevelt

"It takes courage to grow up and become who you really are."—E.E. Cummings

“You cannot swim for new horizons until you have courage to lose sight of the shore.”—William Faulkner 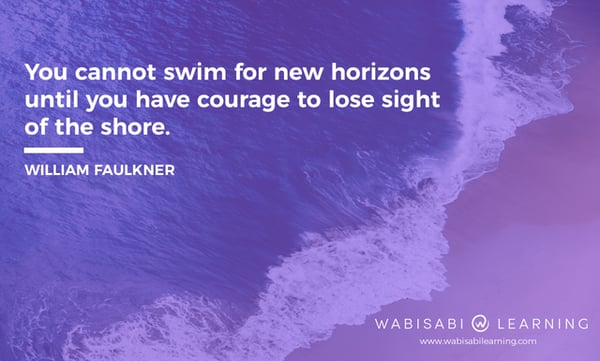 “Courage is being scared to death but saddling up anyway.”— John Wayne

"Always do what you are afraid of doing.”—Ralph Waldo Emerson

"The future belongs to those who believe in the beauty of their dreams."—Earl Nightingale

"You may have to fight a battle more than once to win it."—Margaret Thatcher

"For me, I am driven by two main philosophies: know more today about the world than I knew yesterday and lessen the suffering of others. You'd be surprised how far that gets you.”—Neil deGrasse Tyson

"The best way out is always through."—Robert Frost

"What lies behind us and what lies before us are tiny matters compared to what lies within us."—Ralph Waldo Emerson

“Failure is success if we learn from it.”—Malcolm Forbes

“Would you like me to give you a formula for success? It’s quite simple, really. Double your rate of failure.”—Thomas Watson

“Success is the ability to go from one failure to another with no loss of enthusiasm.”—Winston Churchill 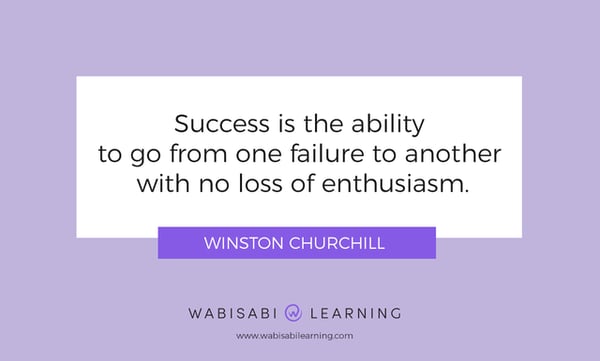 "Mistakes are the portals of discovery."—James Joyce

“Our greatest glory is not in never failing, but in rising every time we fail.”—Confucius

“I can accept failure, everyone fails at something. But I can’t accept not trying.”—Michael Jordan 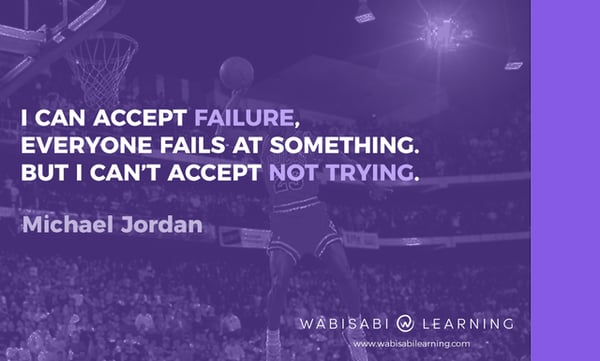 "Excuses are the nails used to build a house of failure."—Jim Rohn

"The Phoenix must burn to emerge."—Janet Fitch

A Reminder to Grow

We hope you enjoy these great growth mindset quotes, and that they rouse passion and ignite the flames of positive action again and again in you and your learners. And while you’re sharing quotes, why not share some wisdom from our popular resource, the Growth Mindset Poster.

7 Life Skills Learners Can Benefit From Having Beyond School

Students are leaving school before you know it. One minute they're handing in assignments and the..

9 Ways Teachers Can Cultivate a Growth Mindset to Enjoy Teaching

Growth mindset is gaining increasing traction in education. However, it remains an unfamiliar..

Growth mindset is characterized by the belief that an individual’s abilities can be developed,..