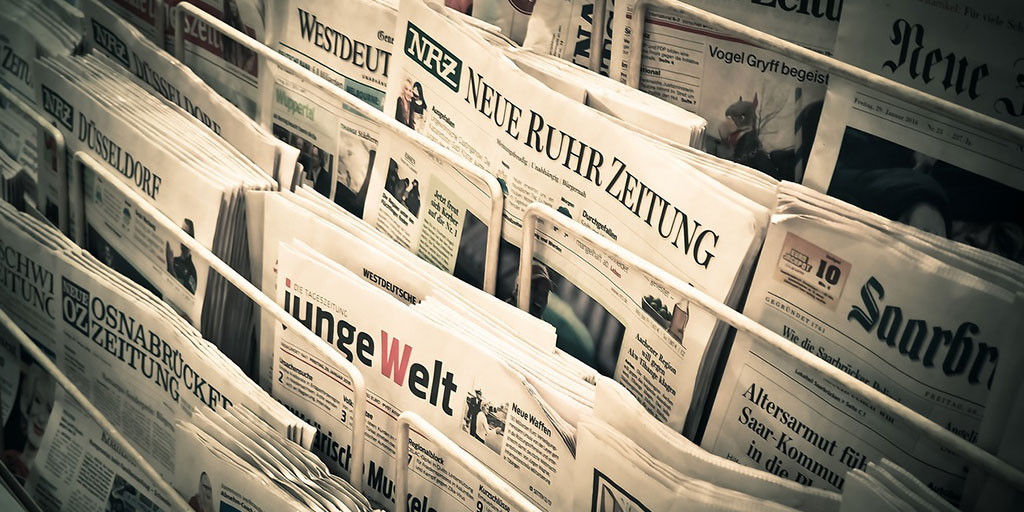 Words Per Min: 200 ?
5 Strategies for Spotting Fake News Stories (and Why You Need To)

Fake news happens just as often as real news does. That's especially true in our interconnected Internet-driven age of information.

Getting duped by fake news is one of the inherent risks of consuming information on the Internet. So how do we tell the fake stuff from the real goods?

Sometimes we read a headline that sort of makes us stop and think, "Wait, really? That can't possibly be right." On other occasions, it's easy to tell straight away that you're reading fake news. Every once in a while, though, some headlines warrant further investigation to uncover the truth. This is where Information Fluency can be a big help.

Do you want to help your students become successful online detectives in spotting fake news? Below are some useful tips for maneuvering through that ever-present minefield.

Why is Spotting Fake News a Crucial Skill?

A study published by the Stanford History Education Group revealed an alarming statistic. They discovered that over 80% of students couldn't tell real news from fake news on the Web. It's worth noting that both under-resourced poorer schools and wealthier ones with extensive research resources yielded the same results.

Web stories can be made to appear as though they are important and supported by hard data. Good writing, enticing large-scale graphics, and share/like counters all indicate visually that an article is factual news. Unfortunately, these aren't necessarily reliable indicators of a fact-based story.

There are many sources and authors out there who are not the definitive experts they claim to be. Our Internet is not policed that well, so it's easy to pad an online bio with fictional accolades.

A good example is the story of former president Barrack Obama banning the Pledge of Allegiance in schools. An article on Factcheck.org used the author's bio as an example. A bit of background checking revealed it to be completely fictitious. Be sure to acquaint yourself with how to check an author's credibility.

What about contact information? If it's not provided, it may be the site creators don't want people chasing after them with questions about their content. That alone should make you suspicious.

You can also read the About Us sections of sites to discern valuable information. It's often easy to tell simply by paying attention to the language used. If it seems vague or overly dramatic, it could be an indication of an unreliable source. Look for mentions of leadership roles, sponsorship, and mission statements or statements of ethics.

An established news source will often have its own domain, but not always. Here's an example: if you happen to be rushed you may not notice a URL like nbc.com.co and simply click on it. It's the extraneous .co at the end that you've got to watch out for. Also, look for simple misspellings of otherwise well-known names or terms.

Techhwalla has a terrific article on how to spot questionable URLs. You can also visit this list of fake news websites on Wikipedia to get better informed.

Be Wary of Ad Overload

A mind-numbing quantity of ads appearing on a news site can also be a red flag. They're generally meant as distractions and they work superbly in that regard. Lots of ads are placed strategically to induce clickbait or high news consumption rates. This doesn't give you a chance to stop and think critically about what you're reading.

Ad overload gives you the effect of being in a visual candy store. So many choices, and all of them leading to a pit of spurious information that can trap you for hours if you aren't careful. Stick to sites that focus on the story and not the ads.

Perform Your Own Search

If you're not sure about a headline or a fact, sometimes the simple solution is the best. Often you can just do a search on it to see what others are saying about it. A factual news story will usually be corroborated by multiple sources. However, if there's some question about the story's validity, a web search should also make that apparent. Check to see if reputable news sources are carrying the same story.

Look for the Extreme

Fake news stories often make outlandish claims. These are things like predictions of global disasters or stories of miracle cures being "accidentally" discovered. It's good practice to treat any such story with healthy skepticism.

Look at some of the other story headlines provided by this source. "Hillary Clinton Suffers Heart Attack" seems like a possibility, considering the stress of the past 2016 presidential race. However, if it's among others like "Man Communicates Telepathically With Dog" or "70-Year-Old Woman Gives Birth to Baby Croc," you'll soon see it for what it is.

Often there may be some truth in stories that make bold claims. The trouble with them, though, is that these seeds of truth come from a single study or piece of conjecture that the source decided to just run with. The result is a tale that becomes just too good (or horrible) to be true.

Here are some tools that can help you with source checking when investigating fake news:

Editor's note: This post was originally published in 2016 and has been updated for comprehensiveness.