Nobody can inspire us like great teachers can. They seem to come along at just the right moment, at a time when we need them the most. Great teachers show us things about ourselves we can't see. They see potential in us that others, including ourselves, can't or won't. Above all, they give us the courage to find our own way with just enough guidance to show us that the impossible—or what we perceive as impossible—is anything but that.

Below are a few short and inspiring stories of how great teachers changed the lives of a few of the most well-known individuals in the world.

These are people who rose from humble beginnings and personal struggles to achieve world-renowned success, and all thanks to having great teachers. If you think that even your smallest actions as a teacher can't make a difference, these 4 stories should convince you otherwise.

Les Brown: A Moment of Clarity

Les Brown is one of the world's foremost motivational speakers and thought leaders on self-improvement and goal-setting. However, it wasn't always that way for him. Born in Liberty City, Miami on the floor of an abandoned building, he has known struggle and hardship his entire life.

Academically, Les was a struggling student from the get-go. The story goes that during his school days he was labelled "educable mentally handicapped" by the academic intelligentsia of his day and placed back from 6th grade to 5th grade. To make matters worse, he had a twin brother who was exceptionally bright and gifted, and as such Les became commonly referred to by his peers as the "DT"—the "dumb twin." 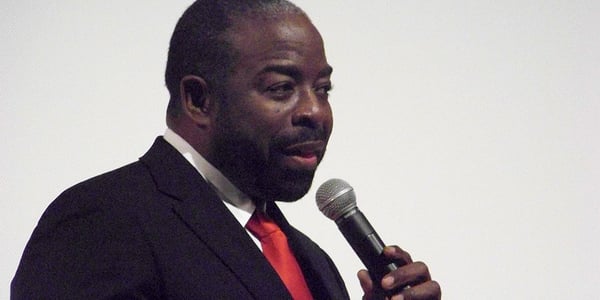 One day a teacher asked him to come up and solve a problem on the chalkboard, but Les refused and said that he couldn't. "Of course you can," the teacher responded encouragingly. "Young man, come up here and solve this problem for me."

"But I can't," insisted Les. "I'm educable mentally handicapped." The rest of the class erupted in laughter. At that point, the teacher stepped out from behind his desk and looked Les straight in the eye. "Don't ever say that again," he told him firmly. "Someone else's opinion of you does not have to become your reality."

Les never forgot those words, and spent the rest of his life overcoming incredible odds and pursuing his goals with passion and fervour. Time and time again, thanks to that one teacher's powerful revelation, Les has lived the phrase he's famous for all over the world: You have greatness within you.

Emily Blunt: From Stutter to Stagecraft

Most people know Emily Blunt as a Golden Globe-nominated film and stage actress. However, between the ages of 7 and 14 she developed a crippling stutter that had her struggling to even hold a simple conversation. "I was a smart kid and had a lot to say, but I just couldn't say it," she claimed in an interview for W Magazine. "I never thought I'd be able to sit and talk to someone like I'm talking to you right now."

For Blunt, it was one junior high teacher in particular that she claims helped her overcome her fear of speaking by encouraging her to try out for the school play. At first, Blunt resisted the idea, but the teacher wouldn't give up on her and coaxed her to take acting lessons and experiment with different accents and character voices to help express herself. In the end, those efforts paid off for her immensely. In addition to her incredibly successful career as an actress, she also became a member of the board of directors for the American Institute for Stuttering.

Before Maya Angelou became the powerful poet and civil rights activist the world remembers her as, she suffered a life of torment and darkness that nearly stole her voice forever. At a very young age she was forced to endure intense physical and emotional abuse at the hands of a family member. As a result, she became mute for nearly five years. 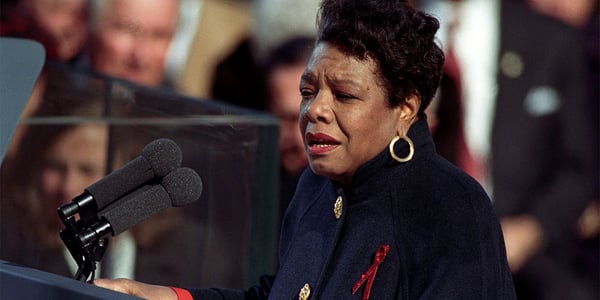 It all changed one day with the help of a family friend, a teacher named Bertha Flowers. Angelou credited Mrs. Flowers for helping her find her own voice again. Through Flowers, she was introduced to African-American female artists like Frances Harper, Anne Spencer, and Jessie Fauset. In addition, Mrs. Flowers introduced Angelou to Dickens, Shakespeare, Poe, and several other prolific writers who would come to greatly influence her personal and professional philosophies.

When Bill Gates attended Seattle’s View Ridge Elementary, he was a typical nerdy 4th-grade introvert who always did his best to keep to himself. Thanks to a kindly librarian named Blanche Caffiere, he was able to come into his own in a way that would one day change the world forever. Gates sets the stage for this tale on his blog:

"When I first met Mrs. Caffiere, she was the elegant and engaging school librarian at Seattle’s View Ridge Elementary, and I was a timid fourth grader. I was desperately trying to go unnoticed, because I had some big deficits, like atrocious handwriting ... and I was trying to hide the fact that I liked to read—something that was cool for girls but not for boys ... Mrs. Caffiere took me under her wing and helped make it okay for me to be a messy, nerdy boy who was reading lots of books." 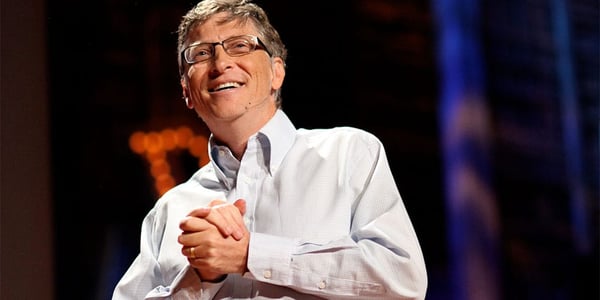 He credits Mrs. Caffiere for helping him escape his shell in the true spirit of exceptional teaching. First, she encouraged Gates' passion for reading by helping him explore it through the use of introspective questions, such as what he liked to read and why. Next, she'd go out of her way to source books that were progressively more interesting and challenging for him. Finally, once he’d read them, she would sit down with him and ask him if he liked what he had read, and more importantly, what he'd learned and why. "She genuinely listened to what I had to say," Gates recalled.

In 2006, shortly after reaching her 100th birthday, Blanche Caffiere sadly passed away—but not before Gates was able to thank her personally for the lasting impact her love and curiosity had on his life.

Who are the teachers who have inspired you?

How to Make Learning Intentions Clear for the Best Learning

Imagine a friend asks you to give them a lift, and you hop in your car to pick them up. When they..

Over the past few years, we have seen an increasing shortage of professionals in a particular set..

5 Things That Will Make STEM Learning Fun for Your Learners